The Mobile Malaria Project team are taking bigger and bigger strides towards eradicating malaria each day in sub-Saharan Africa. Check out their latest Journal entry below...

After a few days of driving it was nice to be in Lusaka with the prospect of a few motionless days. The car had held up remarkably well, and although there were sterner tests to come, we had appreciated the comfort that the car provided on the long potholed roads of southern Zambia. Our plan for the following ten days was to attempt to get our mobile genetic sequencing machine working in the labs of the Ministry of Health, and after that, to head out of the capital to see how the machines would fare in more remote situations.

Whilst a few researchers had brought these machines to Zambia before, we are not aware of anyone who has tried to use them to sequence malaria parasite DNA in the country. In fact, we found out that one of our main collaborators at the Ministry of Health had actually ordered one a year ago, but he hadn’t managed to get it to work. So it was clear that there was an appetite for learning about this potentially transformative piece of equipment. We’d also committed ourselves to a two training workshops with around 15 scientists and public health workers, so there was plenty of non-driving work to get on with. As I’ve mentioned before, the real innovation of the portable sequencing kit that we’re testing is that it’s small - no bigger than a chocolate bar - and, relative to common genetic sequencing machines, incredibly cheap to run. Another big motivation for our work on the Mobile Malaria Project is to bring the technology in-country so that researchers and scientists here can carry out experiments quickly on their own, without the need for sending things away to laboratories in the global North. This is why we were running a workshop, so that we could attempt to build capacity for the technology after we had left.

Encouragingly, after a couple of late nights, Jason - our main lab scientist - was able to get the machine to work with samples provided by our Zambian colleagues. This first run filled us with hope that we would succeed in getting the machines to work in less controlled environments, as well as teach people here about the technology and the data. Our two day training session went smoothly and we enjoyed being able to share our knowledge and experience, as well as learn a bit about the work happening in Zambia.

After a successful week teaching and getting the equipment working in Lusaka, we headed up to Ndola in the Copperbelt region of Zambia, 5 hours drive North of the capital. Here we had an opportunity to visit a malaria clinic which, being close to the border of the Democratic Republic of Congo, was in a forested region with lots of malaria. We experienced first hand how many people in some villages suffer from this devastating disease: in the few hours we were there, over 50 people visited the clinic seeking care because they were unwell, and nearly 60% of them had malaria. Seeing the dedicated health workers and nurses working tirelessly to look after people suffering with malaria really brought home how entrenched this horrible disease is in some communities across Africa, and how much work there is to be done. Back in the city of Ndola, we tried to get our sequencing machines working in and around our Labrover. We needed to balance our objective of trialling the lab in as remote an area as possible, with the reality of needing to work with local scientists and samples. We therefore set up our lab underneath the branches of a mango tree at a different malaria clinic which was closer to our hotel in Ndola, and invited some local researchers to come and visit to ask us about the technology and how they might use it to help their work.

We still needed more time before we were able to run the actual sequencing machines, however. Extracting DNA from samples and preparing it for the machines takes a good few hours, and adding together these few experimental steps can take a couple of days. By Wednesday it was time to leave Ndola for the north, so in the spirit of adventure we tried to get the sequencing machine running in the back of the Land Rover. Our plan was to load the machine and press start minutes before we drove off into the African sunset. And, it worked! Whilst Isaac and I packed the car, Jason loaded the sequencing machine and taped it down to the armrest in the backseat of the car. As we departed the city, the machine was throwing out data, demonstrating that it is feasible to sequence DNA in a moving car. We felt that our time in Zambia had been a great success. We had made some new friends and collaborators and had managed to get the machines working both in labs and in and around the car. Importantly, we’d also helped to start building capacity within Zambia for the use of the portable sequencing machines. We left our collaborators a machine for them to work with after we were gone and they were already planning their next experiment.

For us, it was time to get some serious driving under our belt. We were due in Kenya in just over a week and although we’d originally planned to visit collaborators in Tanzania, with Easter falling over the coming days, it had turned out that our hosts were back home with their families. We therefore had at least 5 or 6 solid days of driving to Kenya ahead of us - our timing mostly dependent on conditions which we knew nothing about. More on that in our next entry... 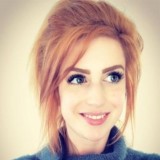