The Haskell range tells the tale of Captain Scott and his men; the story of their battle against all odds to reach the South Pole. The Haskell Polar Blue Edition is a very special addition to the family; one which takes a closer look at the remarkable struggle and achievements of the Terra Nova Expedition party amid the awe-inspiring setting of the Antarctic.

The Polar Blue Edition is a celebration of the environment that surrounded these adventurers as they attempted to become the first people to reach the South Pole. Formidable, brutal, other-worldly; Antarctica has become a synonym for human endeavour and endurance, and those breathtaking vistas serve as inspiration to all who venture there. Captain Scott speaks often in his diary of the terrain that he and his men had seemingly endless days to take in. Faced with nearly 5 months of daily trekking and skiing, often with weeks at a time of identical views and taunting horizons, they cycled through episodes of desperate frustration at seeing the same wall of white for so long;

“everything is blankly white and a sense of oppression is inevitable”

On days where the terrain changed, from white expanses to mountainous ridges and blue glaciers bathed in sunlight, the relief is palpable. Among the most awe-inspiring sights that Scott and his men marvelled at was the Beardmore Glacier, beneath brilliant blue skies – the very place whose inhospitable terrain and swiftly changeable weather conditions would contribute to the men’s untimely deaths on the return leg of their expedition.

The only recently discovered Beardmore Glacier opened up a route for Scott through the Trans Antarctic Mountains to the polar plateau, and the South Pole. 120 miles of titanium-hard blue ice, spanning 20 miles at its widest section, the Beardmore is an incredibly challenging section of the route to the South Pole. Ascending to 7,500 feet, and lined with narrow crevasses which are ideally proportioned to twist knees and break ankles, hidden beneath thin layers of slippery, compacted snow, it was – and remains to this day - a minefield of risk and danger. The Terra Nova Expedition bravely battled their way across Beardmore to reach the South Pole, and again on the return leg, when it played a significant part in the series of accidents, worsening weather conditions and loss of hope that slowly claimed the lives of the party.

The blue ice seen across Antarctica is the result of snow falling upon a glacier, compressing, losing its air bubbles (which can make smaller amounts of ice look white) and taking on a blue hue. Similar to large bodies of water appearing to be coloured in shades of green or blue, large expanses of compressed ice – such as glaciers – absorb other colours better than they do blue, so the resulting appearance is a brilliant, often cerulean colour. The dial is the watch. It’s everything.

The blue of the glacial ice and Antarctic skies is captured in the Haskell Polar Blue Edition. With snowy-white, aquamarine-edged, lume-filled indices standing in striking contrast against the deep blue, the dial is a miniature capture of the limited yet ever-changing colour palette that Scott and his men experienced throughout their incredible expedition. A subtle radiating map grid, taken from the map used during the Terra Nova expedition, brings texture to the dial - glinting and visible only in certain lights.

The aquamarine second hand presents just one of the multitude of vibrant hues that are visible in the Antarctic ice fields; a pop of colour alongside the steel hour and minute hands, which are inspired by the map compasses of yesteryear, used to calculate distances. Each hand is generously filled with BGW9 Superluminova, allowing exceptional readability in both glaring natural daylight and dusky darkness.

Case backs are our hidden calling card and we make a big deal about them. For the Polar Blue Edition, we have celebrated the unrivalled beauty, hostility and magnitude of the Antarctic, referencing with subtlety the place where it all began for the Terra Nova Expedition; Ross Island, and Scott’s Hut on the North shore of Cape Evans. The internal domed section is curved to reflect the curvature of the globe, with Antarctica perched on the very end of the earth. Lightly bead blasted and engraved, it features a depression of Ross Island, with a marker signposting the hut from which the expedition set off – acutely aware that they may never return. Around the polished outer ring of the case back is the model information for this special edition, along with the Polar Blue Edition logo.

Limited to just 100 pieces, this timepiece is a truly special tribute to the magnificent, but deadly, setting in which the Terra Nova Expedition’s epic struggle for survival played out. 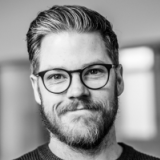